It All Started With A Cupcake

I love a good cake. It's all about the desserts for me. I'm not ashamed to admit it. People talk about going lo-cal, watching the fat, watching the calories.

Sure, whatever. You do that. I'll take the cake. I'm not talking about eating the whole thing here. I can have a few bites and be good. Which is why I'm even a bigger fan of the cake of cup. Yeah, you know what I'm talking about.
Cupcakes. I'm obsessed. Give me a mini little cake and I'm a goner every time. If I walk down the street and see a shop with those tiny little bites of heaven gracing the store window I have to stop. I need to stop.

Which is why when I heard about a new show on the Food Network called "Cupcake Wars" I was all in. Yeah, I said it. All In.

I'm not ashamed to admit it. I was hooked. I couldn't miss an episode. Some people have mocked it. They feel it's a waste of an hour. They  don't understand the beauty of the cupcake.

Each Sunday I found myself waiting to see which city the next batch of bakers (haha, see what I just did there?) would be from.

It was that fateful day when I saw it. The most delicious looking cupcake I had ever seen. And it was Vegan. I was intrigued. I had been on a dairy-free kick for a few weeks.

The judges couldn't stop raving about it. The chef's name was Chloe Coscarelli and she won the show. I was hooked. I needed to learn more. 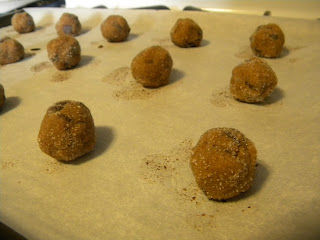 I was hooked. I tweaked the recipe and changed the frosting to make them my own. I couldn't stop. I could get into this vegan thing. Could I just eat cupcakes forever?

I knew it was time to try some food. I'm not big on the cooking but I thought I'd give it a whirl. Chef Chloe had so many delicious Internet recipes. I tried a few and loved them.

*Sigh* They weren't enough for me to cook with everyday so I got lazy and just stuck with my dairy-free, vegan-cupcake infused diet.

Hey, a girl's gotta start somewhere. Might as well make sure the cupcake is first and foremost.

For the past year I had been happily creating my cupcakes. Playing with different frostings and doing my thing. My, I can-eat-whatever-I-want-as-long-as-it's-good-for-me thing.I don't like to follow diets.

I don't like to be told what or what not to eat. I like to follow my own rules. So this time when I saw that Chef Chloe was coming out with a vegan cookbook I thought it was time to give it another try. Except instead of being vegan, I was going to be vegan*.

That's right, vegan*. Here is my disclaimer. I am a chocoholic and I love sushi. Those are two things that I don't think I can willingly give up. Besides, chocolate and sushi are good for me. True story.

I know that there are some of you out there that have become vegans because of your love of animals. This is great. I love animals too. I adore them. But I have to admit these are not my reasons for going vegan.

I an becoming vegan* because I love the food and love the healthier lifestyle. I can't claim to do it because of animals.

I'd be a hypocrite if I said that. If I ate my vegan meal and then opened my leather Louis Vuitton purse to get out my leather Coach wallet to pay for my meal. Baby steps.

So it was with extreme excitement that I received my new cookbook in the mail. It was the first time I actually read a cookbook from cover to cover.

I bookmarked all of the recipes that I wanted to try immediately and the next day I went to Whole Foods and bought all of the ingredients that I'd need.

I didn't recognize myself. It was an odd transformation. For the next two days I was a cooking fool. My parents were the beneficiaries of my new found skills. Cookies, burgers, pasta. I was unstoppable.

Well, until I ran out of ingredients. Then I was put on hold for few days. But that won't stop me. I'm into this cooking thing now. I'm even on a Brussels Sprouts kick. Didn't see that one. Ever.

I never thought we'd get much use out of our food processor when we registered for it years ago. If I'd have seen this coming I would have gone for the 12-quart. Who would have known.

If you would like to find out more about Chef Chloe's cookbook, please visit her website at:

Posted by Melissa K Bauer at 9:48 AM No comments:

The Sport of the Shoe 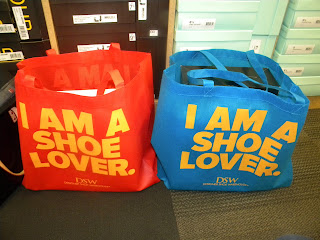 I love shoes. It's not a secret. I'm not afraid to declare my love. I'll shout it from the rooftops.

Some people might refer to my love as an unhealthy addiction. This is just negativity.

I don't like to use such mean terminology for such a beautiful, um, sport. Yes, that's right, I said sport.

Sport you ask? How can a shoe collection be a sport? Well, maybe the actual collection can't be, but the shopping part? Sport. For sure, sport.

I know. I just participated in a sporting event at DSW's preview opening of their Flagship store in NYC.

My shoe team consisted of me and Liz. We arrived early thinking we'd have time to eat and prepare for the race. We were wrong.

Apparently we had to line up. A line? Damn. We had some stiff competition. We were starting to get nervous.

The line began to move, they took our tickets and we were in. WE WERE IN. I was ready to hit the aisles. We hit the escalator and as we neared the top and rounded the corner it was like the sun was shining down on us.
I started to run to the right when ooooh to my left cake pops and Perrier. Oh My God they have Cake Pops!

A distraction. They threw in a distraction. Focus. I needed to focus. I was here on a mission. I forged ahead. Wait. I stepped back.

I grabbed a pop and got back on track. I headed down the aisle and my eye settled on a shoe when there it was. The Champagne Tray.

It was like an obstacle course. Every time you tried to get to the shoe you had to overcome the rope bridge or the giant wall.

Aisle after aisle of shoe. We didn't know where to start. And those crowds. Each time we thought we had it conquered we were told there was another floor. And there went that Champagne Tray again.


The D.J. was playing, people were laughing, we were dancing and grabbing shoes at the same time.

Yes, it is possible to dance and try on shoes at the same time. We are professionals in our sport.

Our pile was growing. We had some decisions to make. Go with the cork or go with the red patent leather? Take the wedge or peep toe?

Several times during the event we switched shoes. Each time we thought we had our final choice we'd spot a new looker from afar and sprint. We had to get our shoe before anyone else did.


Then it was time to relax. The main event was over. We had completed our activity and had won. Big time. I'm talking gold medal here. We could fully enjoy the festivities. Goody bags, t-shirts, quadruple points for luxe members. We had earned our rewards.

To find out more about the new flagship store visit:


Posted by Melissa K Bauer at 9:39 AM No comments: