It's winter in New York City. This means cold. Very cold. Finding things to do each weekend gets harder and harder. Not for lack of events. It's my motivation.

When I wake up each morning, or get home each night, I fight the urge to want to get back in bed, underneath those warm covers.

The struggle is real. 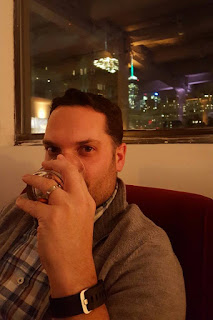 Until I see "free". Free? Now that's truly something even harder to come by. So imagine my surprise when we've recently had the good fortune to attend not one, not two but three free scotch tastings.

Ah, Scotch. Where do I begin? I have an interesting relationship with Scotch. I do not love it. I do not even like it. So why would I go to so many tastings? One word: Mike. Mike loves Scotch. I'm talking love. Love.

I knew he was enamored of the golden liquid and I wanted to do my part to make sure he enjoyed it as much as he could. I began my search. Our first two tastings began months ago.

I had seen an add for a Balvenie tasting and signed us up. Mike was hooked. It followed with a tasting by Macallan. Then, this past Friday, came the Glenlivet at the Hudson Mercantile.

The Glenlivet is the single malt whiskey that started all. Made in Speyside, Scotland, it was so good that back in 1822 even King George the IV requested it. Mike would agree. It had such a good name that others were using the Glenlivet name in addition to theirs. Glenlivet was able to trademark their name and they became THE Glenlivet.

This final step, maturation, is what defines whether it will be a 12 year, a 15 year, an 18 year or 25 year and above. It all depends on how long you allow the whiskey to mature. 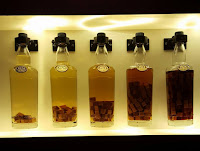 We were able to taste four scotch whiskeys. A 12, 15, and 18 year with a bonus called the Nàdurra. Great for Mike. Not so much for me. Have I mentioned that I do not like scotch? I've tried. A lot. Hey, I'm no quitter. I'll keep at it for Mike.

It was a great event. They had a nice variety of appetizers throughout the venue and the host was great. It was at the top of the tastings that we've been to. A little rushed for the tasting portion but overall, well done.

To learn more about the products and places mentioned, you can visit their websites: 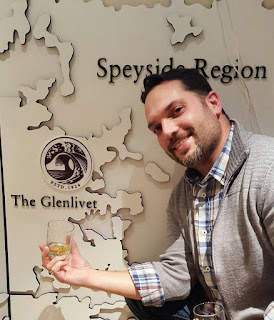