Drop the Cupcake & No One Will Get Hurt 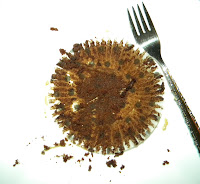 I have always loved to bake. Cookies, cakes, cupcakes, muffins. The operative word here being bake. Not cook. Not main meal. I'm not talking breakfast, lunch, dinner territory. Nope, I will have none of that. I'm talking the important stuff here - dessert. Sure, I've chartered into main dish waters and it's turned out fine but it's not fun.

Why go into an area that's not fun? Do people really go enthusiastically running into dinner oohing and aahing over brussels sprouts? Can you put mocha flavored frosting on a brussels sprout? I don't think so. I'm sure you can try but I don't think it would go over so well. For years I would bake with friends and family. They all knew my passion. Then slowly, as the years went by, my baking stopped. I don't know why. It just happened. Probably because I liked to eat my goods too much. 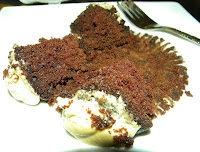 Fast forward to now. Mike has gotten lucky. The baking has resumed. Again, I don't know why. But hey, we don't question these things. For years Mike used to hear all about my baking. Yes, hear. He would ask why he doesn't get baked goods. My answer would always be the same. Oh, because I did that before I met you. Standard answer. Poor Mike. Everything was always "before I met you".

Hey, it's not my fault he came along after I did all these things. But apparently there is a cycle to my madness and it's coming full circle. Yes, I repeat - the baking cycle has resumed and when I say bake I'm talking from scratch not from a box. This is for all you haters who swear I'm buying things from the store and putting my name on it. You know who you are. This time around I'm also leaning towards the healthier side. Cupcakes are vegan and the most delicious I've ever made. But they do lead to danger. There are certain evils that you can't prepare for. Things that you wouldn't think are out there. Let this be a warning. 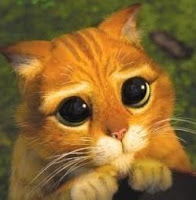 Unfortunately with the return of baking comes evils. We've all heard of the cookie monster. You know what to look for with that blue furry guy. He's pretty harmless. There's something even scarier than that. Yes, even scarier because they appear so adorably innocent and cute. It lurks behind every baked good - every cookie, every brownie, every cupcake. I'm talking everything. I almost didn't make it last night. It started out perfectly normal.

I guess it would have be okay if there were more than two cupcakes left. It seemed like two would be a good number for two people - one for me, one for you. What was I thinking? Now normally, I make one dozen cupcakes. For dessert we each get one cupcake but since there are so many others to choose from, an extra cupcake can be taken. No problem. Until last night. When we were down to two. 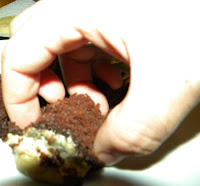 We sat down to enjoy our cupcakes and before I knew it, we were one cake down. I had just sat down. Literally. Not even 5 minutes had passed by. Someone was getting really friendly with me all of a sudden. From one end of the couch to the other in five seconds. Someone was trying to work it. Someone had already eaten his cake. Someone wanted mine. I won't name names but I will say this - it wasn't Charlie.

Using those big brown eyes. Trying to work his magic. I held my ground. I would not give up my piece of chocolate mocha heaven. It was close though. This Dessert Monster is tough. I've battled him before and I have lost. I should let you know that the Dessert Monster has a theory - if a baked good is better for you then you can eat twice as much. I don't buy into this theory but it should have prepared me. Always have one extra cake. Always. And don't look straight into his eyes. That's how he gets you.
Posted by Melissa K Bauer at 8:53 AM