Things that make you go hhmmmm... 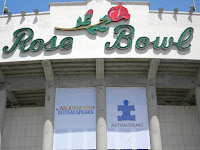 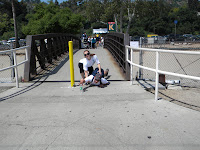 I recently finished a walk for autism. I know, I know, what does this have to do with red hair. Nothing but this is my blog so deal with it. Our crew spent months doing whatever we could to raise money - beg, plead, sell merchandise, harass, advertise. Well, some of our crew anyway. It became a friendly competition to see who could raise the most money.

Many of us posted a link on our Facebook pages where donating was just a click away. Or not, apparently. But here's the deal - what the hell is with that "like" button? If you aren't going to donate and help raise money for my charity does it really matter if you "like" my cause? Seriously? Especially if you ignore the request to give? I can't tell you how many people would see a link to how much money we were trying to raise or how much of an effort was being put into training and they would click that "like" button yet they wouldn't open that wallet. Sure, we all know times are tough. But is your wine a tax write off? Last nights take out? Not so much. I'm just saying...

For those of you that have raised money for a cause or are in the process of doing so, you know what I'm talking about. It's nice to have support but that only gets you so far. Cures aren't found on support. We need the funds, the greenbacks, the moolah.

Now for those that contributed or are fundraising - go ahead and click away. You can like all you want.
Posted by Melissa K Bauer at 1:38 PM